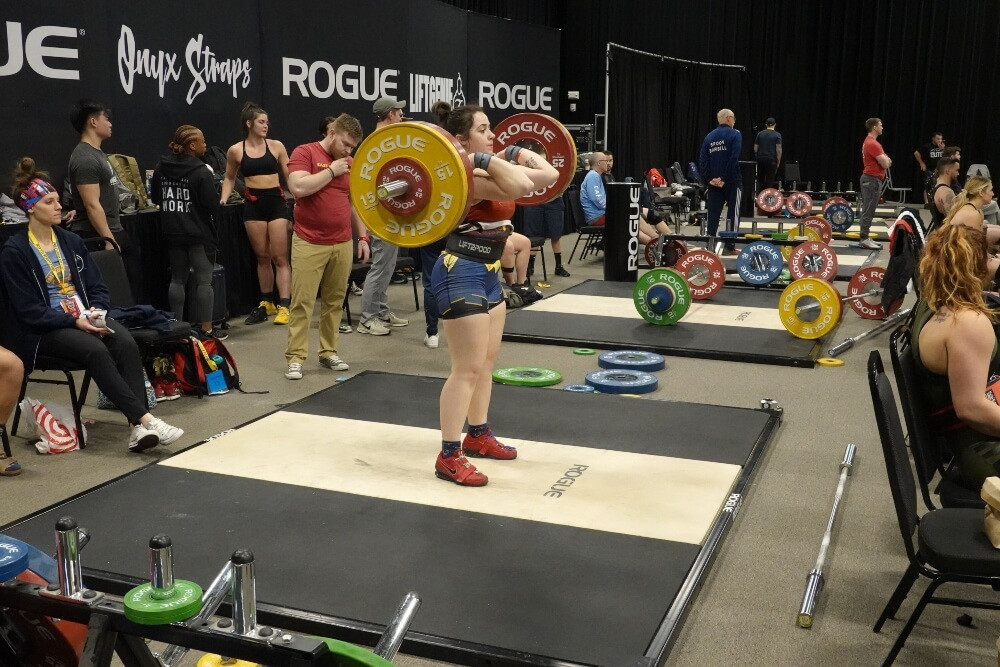 A recent SportsEdTV blog by TJ Greenstone was entitled Reps vs Clusters. In this blog Coach Greenstone made clear the differentiation between the two terms. His plan reminded coaches and athletes the difference in definition, as well as the difference in training effect. Both can be used effectively at different times throughout a training cycle if one knows why and when to utilize each option.

As a follow-up to TJ’s blog on variations of the rep scheme, let’s discuss sequence training. By sequencing, I’m referring to a variation of the traditional pyramid system. Here the load is progressively increased to a designated weight and then decreased in order to work back up to that same designated weight. This has been shown to be a very successful way of training at certain times and for various reasons.

In this example, the lifter performs all the sets one time through, then decreases the weight back to 80% and repeats that sequence of 80%, 85%, and 90%. This totals six singles at 80%+.

Understanding the concept behind this mode of training, now let’s look at why we incorporate sequencing into the training plan. Whether working with weightlifters or other athletes in the strength and conditioning world, starting with a strong rationale is a plan for success.

Particularly with weightlifting movements (snatch, clean and jerk, and their variations), we look for ways to train the nervous system effectively with consistent quality of movement. There is a different feel to weights of varying intensities, but the idea is to create the same movement pattern no matter what the weight. We want athletes to focus on the movement, not on the weight.

Speaking of focus, after hitting the highest percentage in the first round, athletes may take for granted the lighter weight at the beginning of the second round, sometimes missing the lift. Training with sequences helps improve concentration and focus.

Progressive resistance is all about gradually increasing work capacity at higher intensities. Weightlifters and other power athletes benefit from performing sequence training to handle heavier weights while still considering quality of movement.

Additionally, here is where a potentiation concept may come into play. This is an excellent example of how power is optimally utilized with sequencing. With the reduction from the higher intensity (90%) effort to a lower intensity (80%) for the second round, effort with this lower intensity may exhibit a higher power output due to the potentiation factor. This is likely when the focus is right on and the technique is optimal.

When does sequencing best fit into the overall training plan? For weightlifters, this type of training fits nicely into the competition phase. It reinforces that one rep max effort on the platform. This is a method to handle higher intensities without taxing the nervous system.

Another benefit is approximating what may be encountered during the competition itself. We prefer a three- to four-minute interval between attempts on the platform, but this seldom happens. Often a lifter’s first attempt on the platform may be followed by 15 more lifts before he/she is called out for their second attempt. Sitting around backstage this long is not advised, so additional lifts keep the lifter moving and staying warm.

Knowing such a delay may occur, familiarity with sequencing provides a plan of what to do with extra time between attempts. The goal is not to tax the body too much, but to feel a somewhat heavy weight. A lifter shouldn’t have a big transition when headed back on the platform for the next attempt. Typically, I work in an additional warmup lift of 80 - 85%, depending on how much time is involved. Having practiced sequencing in training, this model is familiar; the lifter is confident walking out for the next attempt.

For athletes in other sports, the competition phase is a bit different. This type of training can be used at the end of the pre-season when athletes are testing before their respective sport seasons. Depending on the sport and the length of the competitive season, sequencing can be used in-season as well. It is a good way to get athletes fired up and pushing test lifts in a safe, effective way while saving some energy for the playing field.

We may also use sequence training often in the preparation phase of the annual plan. This is especially true with squats and pulls, where the goal is to build work capacity at higher intensities. Varying reps and sets in this manner is an ideal way to maximize time in the weightroom.

Coaches always look for the most efficient way to train athletes. They seek variations in training that elicit successful results. Of course, sequencing isn’t the only mode of training available, but it is one system with clear benefits. With a clear focus on the why and when to utilize sequence training, this is a powerful tool in the coaches’ toolbox. Sequence training works!!

Leo Totten, MS, Senior Contributor Leo Totten is President and Head Coach of Totten Training Systems, LLC, one of the top training businesses for coaches and athletes. [...]
Share This Story, Choose Your Platform!